Imperial Measures is a Wellcome-funded research project looking at the role of alcohol (primarily beer, ale and porter) in medical practice across colonial British India c.1850-1947. 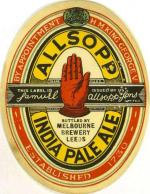 The project engages with the social and cultural embeddedness of drinking within an Anglo-Indian context. It explore how and why alcohol, particularly beer in this instance, came to function in such a contradictory fashion during this period: vital but injurious to the health of the individual and of colonial society. The project will thus consider the extent to which beer was perceived simultaneously as a medical necessity (both for preventative and restorative reasons) but also a cause of various ailments and source of social anxiety to coloniser and colonised subject alike. In 2017, I received further funding to continue to explore the various drinking behaviours of colonial Britons and their health-related effects, broadening out my focus to examine the impact of national difference (Scots, English and Irish colonists or military personnel) on alcohol consumption using records at the British Library, National Archives and National Library of Scotland.

I’ll be using this space to document the life of the project until 2019 – so I’ll be showcasing some of the more intriguing, unusual or eye-opening sources that I uncover, as well as posting items of booze-related interest on a semi-regular basis.

Hi, I’m Sam Goodman, and  I’m Senior Lecturer in English & Communication at Bournemouth University. My principal research interests lie in twentieth-century fiction, medical humanities, and national identity, and I am author of British Spy Fiction & the End of Empire (2015), and editor of Medicine, Health & the Arts: Approaches to Medical Humanities (2014), both published with Routledge, and Violence & the Limits of Representation (2013, Palgrave).

I am also a BBC/Arts and Humanities Research Council New Generation Thinker for 2015-16, and have contributed to a range of programmes on BBC Radio 3, including this 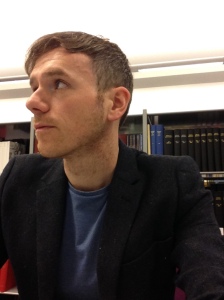 Aside from my academic interest in beer, I am a keen supporter/participant in the local beer scene of Bristol, where I live, as well as in Bournemouth and along the south coast. Alongside the academic element of the project, I am always looking for opportunities to take my research beyond the academy – if you have an idea for a public talk, a workshop, or just want to find out more about the project, please contact me on: sgoodman@bournemouth.ac.uk.